OK, OK. This command doesn’t exist. It’s one of the aliases that I’m using.

Execute this command once only.

When you totally fucked up your local repository and you want an atomic cleaning, use this one.

Your current branch will be in the same state as the remote master (the one which is on Gitlab, Github…)

I’m writing this article because I saw this tweet from Emma Bostian. I was doing the same until I’ve found a solution. Btw, you should follow her.

Me: “Sometimes I fuck up my rebase so badly I delete the repo and clone a new copy 🔥🙆‍♀️”

In this part I will explain in detail the meaning of this command.

I will explain first how to configure alias (this part git config --global alias.remaster) and secondary the meaning of the created alias (the part between quotes).

Alias is just “a shorter name for something that is normally long to write”. For example in maths you’re using the = sign instead of writing is equal to.

The first part of the command is git config --global alias.remaster '...'. It tells Git : “Dear Git, please create an alias named remaster in the global config. After that, everytime I type git remaster I want the command between quotes to be executed.” Learn more about git configuration (it’s in french 🥖🍷🇫🇷).

Let’s now focus on the commands between quotes

I will use the following schema to explain what’s happening. 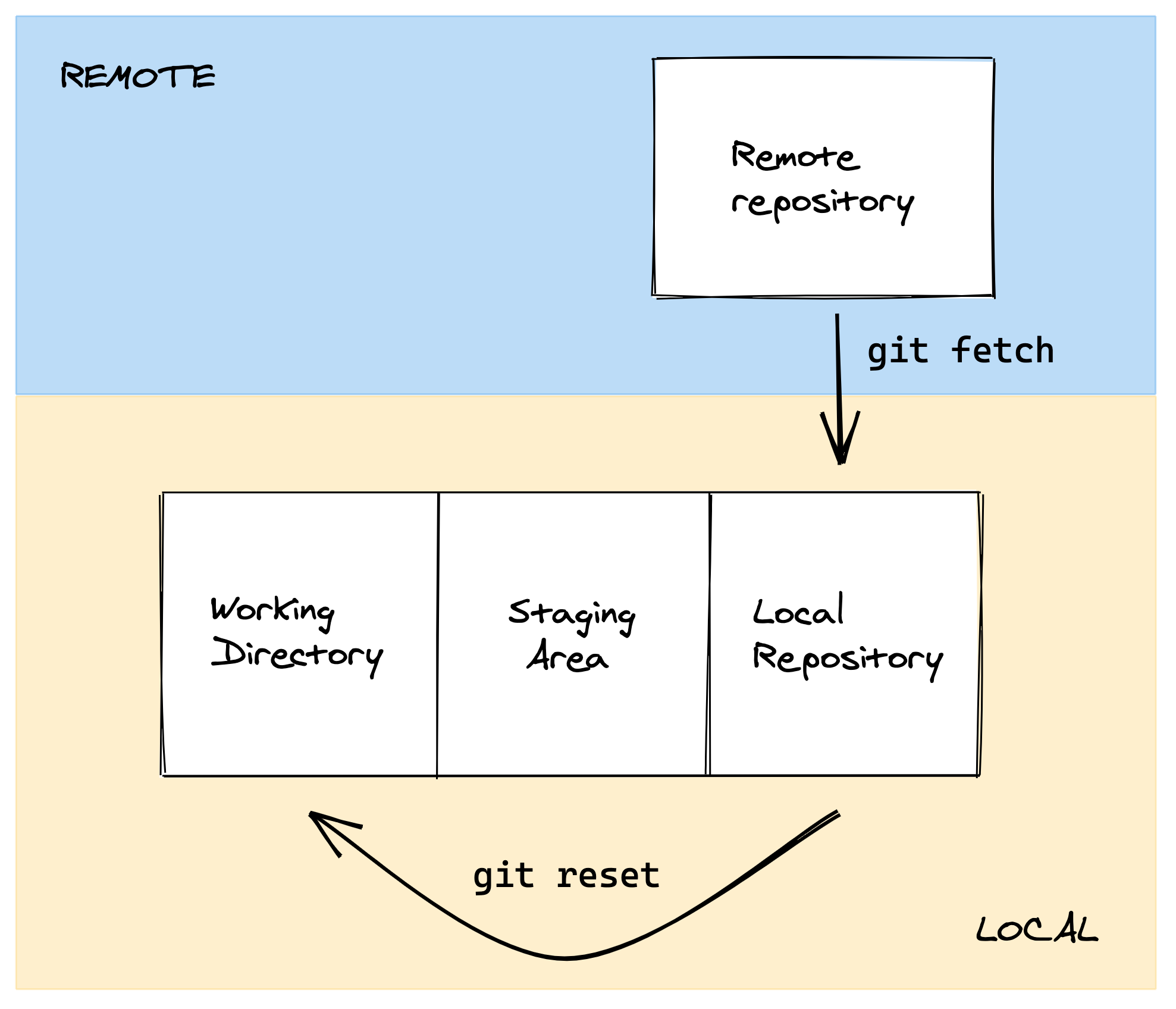 Before presenting the underlying effects, do you know what is origin/master ? It’s a branch ! It’s a copy of the remote master branch. It’s updated if there are new commits appearing when you do a git fetch or a git pull. This means that the origin/master branch is safe and that we can trust it.

That’s why my sensei is saying that you can delete your master branch because you already have origin/master which is the “always clean master”.

There’s one thing that could remain strange : the ! at the beginning. The ! is necessary because I’m aliasing a bash command. It’s not required if you want to alias a git command. For example you can write git config alias.co = checkout without !. More informations here

If your main branch isn’t master but develop, for example.

The two parts that can change are the ALIAS_NAME and the MAIN_BRANCH.

It’s maybe trivial but I prefere to point it out. 😉

You can run this command everytime you screw a branch and you want to get back to a clean state.

Don’t forget, time is too precious to reclone a repo. Hope it will be useful.

Thanks to Marvin and Émilie who’ve helped me with the english translation.